Manchester City hit back in the final half an hour to beat Paris Saint-Germain 2-1 and seal top spot in Group A of the Champions League. Goals by Raheem Sterling and Gabriel Jesus were no more than City deserved after dominating for much of the game without reward, denied time after time by PSG’s last-ditch defending.

Kylian Mbappe’s goal on the break gave PSG the lead early in the second half, but they could not hold on. Here’s how every player rated:

Di Maria floats a final ball into the box towards Mbappe but Ederson comes and plucks it out of the air. There’s the final whistle! Manchester City win the game, they’re through to the last-16 and they’ve topped Group A. It’s a big win for City who avenge their defeat at the Parc de Princes in September. 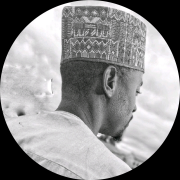